I'm reading THE STORY OF UNIVERSAL GENEVE POLEROUTER
Forwardto the next "UNIVERSAL GENEVE" is the brand that created "Pole Router", one of the most important watches in the history of wristwatches.

The history of Universal Geneve dates back to 1894, before the brand name was born.

In 1917, it sold chronograph watches, changed its name to "Universal Watch Geneva" in 1934, and the following year announced the first model of the still popular model "Compaq" series.

The world's first chronograph watch with 3 registers and 2 push pieces, a brand with a reputation for high technology.

Universal Geneve is a brand that shines with high technology as a manufacturer that also produces chronographs in-house.

It is this brand that created the famous "Pole Router" as a self-winding wristwatch.

Let's take a look at the story of how the pole router was born.

Under such circumstances, Scandinavian Airlines needed to develop a new route in the 1950s in order to shorten the flight time (thousands of kilometers) from Europe to California, USA.

This leads to the story of the birth of the pole router.

The obstacle to developing a new route was the inability to pass over Siberia due to the Cold War between the United States and the Soviet Union. Therefore, SAS (Scandinavian Airlines) was forced to avoid the sky over Siberia and adopt the route through the North Pole. However, there is a strong magnetic field in the Arctic Circle, and the problem is that the clock goes wrong due to that.

This watch, which was evaluated to be able to withstand harsh conditions beyond imagination and to be used without going crazy, will be adopted as the official chronometer of SAS (Scandinavian Airlines).

It was a flight route with harsh conditions, but with the results of training, finally On January 5, 1954, the first SAS (Scandinavian Airlines) aircraft to fly from Copenhagen as a commercial flight through the Arctic. The flight, which attracted the world's attention as it was the world's first flight route, was boarded by the Prime Ministers of Denmark, Sweden and Norway and many journalists. From Copenhagen via Greenland I aimed at Los Angeles in the United States. Five hours and five minutes after taking off from Copenhagen, I arrived in Los Angeles safely, just three minutes behind the scheduled arrival time.

At that time, the flight was the first commercial flight through the Arctic Circle in the world, and it was a big hit, thanks to this success. People know the name of Universal Geneve, which provided SAS (Scandinavian Airlines) and watches. In honor of this feat, Universal Geneve introduced a self-winding wristwatch named "Pola Router" in the fall of 1954. The watch was designed by Gerald Genta, who later produced a number of famous watches. The "Polar Router" is the same caliber 138 worn by the crew on flights through the Arctic Circle. At the beginning, it was called a polar router.

However, the model name was soon changed to "Pole Router" and the movement was changed to Caliber 215, which is famous for its micro rotors. The advantage of the micro rotor is that the thickness of the watch can be made ultra-thin.

Until then, automatic winding could not be made thinner due to the thickness of the rotor.

Can you somehow make a thin watch with self-winding? The micro rotor was born as a way to solve the problem. A Micro Rotor with a self-winding weight that is about 1/4 the size of a normal one.

The advertisement at that time said "SAS Pilot-Tested Around the Globe" and "Global-Ptotected AUTOMATIC WATCH".

The magnetic resistance and durability of having withstood the flight through the Arctic Circle are emphasized. 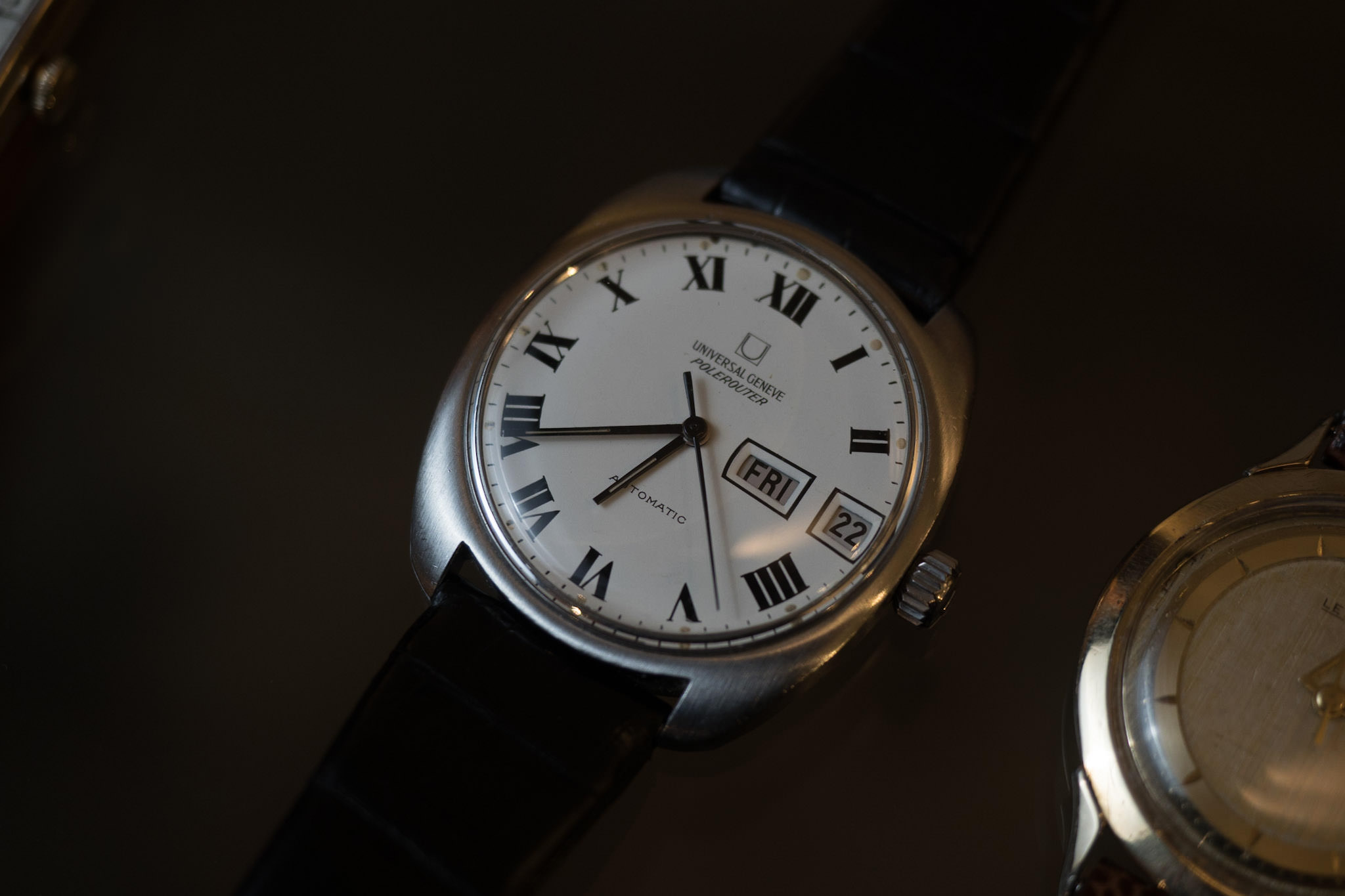 A pole router that has magnetic resistance and is equipped with a micro rotor to reduce the thickness of self-winding, and has succeeded in making it thinner.

This watch has such a story.